Tommy Fleming is probably Ireland’s most unique and versatile entertainer, whose music is impossible to classify, but whose popularity is defined by the “SOLD OUT” signs that go up almost as soon as tickets to his concerts go on sale! 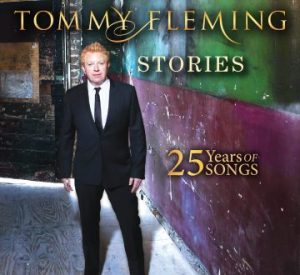 With sellout concerts in Ireland, Japan, Australia, United States, and more, the term “universal appeal” is appropriate. He has sold over 3 million CDs and DVDs worldwide, and All Write Media is delighted to be the manufacturer of many of his albums and DVDs, including his latest album, “Stories”, a double-CD set packaged with an impressive and beautifully designed hardbook book.