Cathal Hayden is a musician who has been involved in  many traditional music albums, as a solo artist and as a member of “Four Men and a Dog”, as well as making significant contributions to many other artists’ albums. He has helped bring Irish Traditional Music to a worldwide stage, making it more popular than ever before; he has earned admiration from all, and created an excitement and vitality never seen before in our rich and ancient musical heritage.

Cathal has launched his latest album, HOOKED ON BANJO,  where he is joined by many friends like Arty McGlynn, Máirtín O’Connor, Seamie O’Dowd and more.

All Write Media are delighted to have provided the manufacturing and printing of his CD, which is packaged in a beautiful 6-panel digipack. 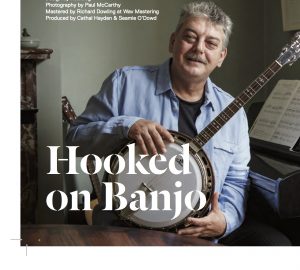